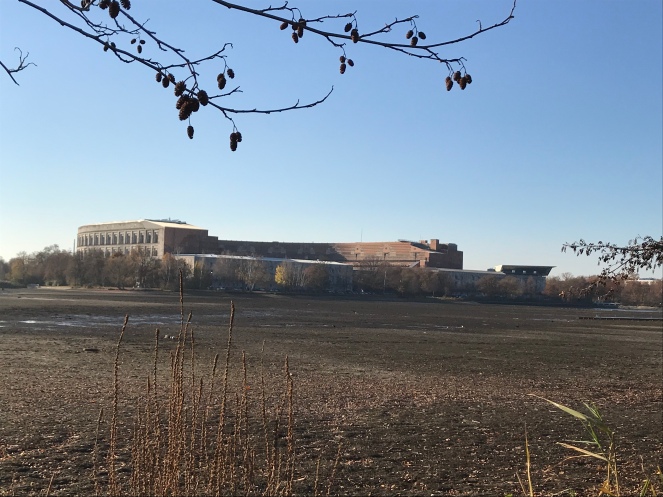 On this unusually warm and sunny winter day, I undertook a walking tour of Nuremberg’s documentation site the NAZI regime called its headquarters between 1931 and 1945. 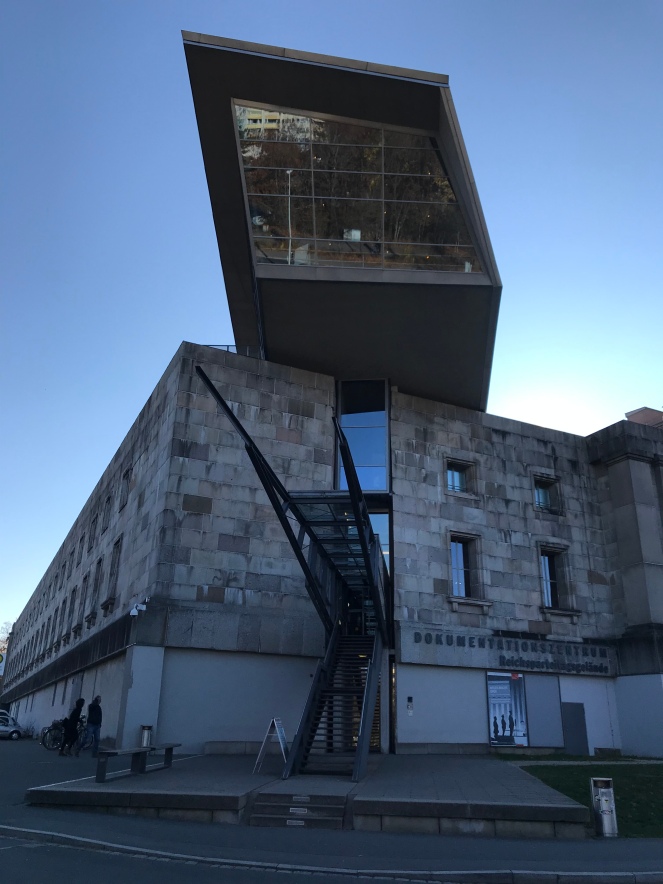 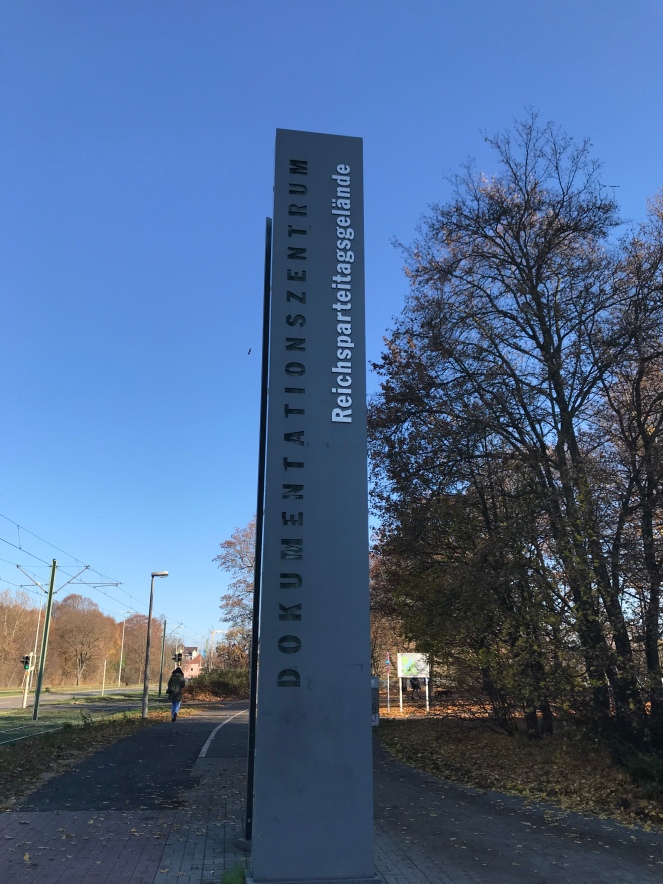 My tour began at the exhibition wing of the building once designated to have become Hitler’s plenary hall with room for up to 30’000 spectators. Built to resemble the coliseum in Rome from the outside, the sheer size of these ruins serve as vivid reminders of his grand ambitions and his display of power.

Inside, the self guided tour takes visitors through the darkest years of German history, from the early days of the NSDAP and Hitler’s rapid rise to prominence during the tumultuous post WWI years. Triggered by the Great Depression which left 6 million Germans unemployed he cemented his reputation and with a coup in early 1933 came to rule Germany. I found the exhibit incredibly frank in its story telling and i highly recommend it is a “must see” for anyone coming to Nuremberg. 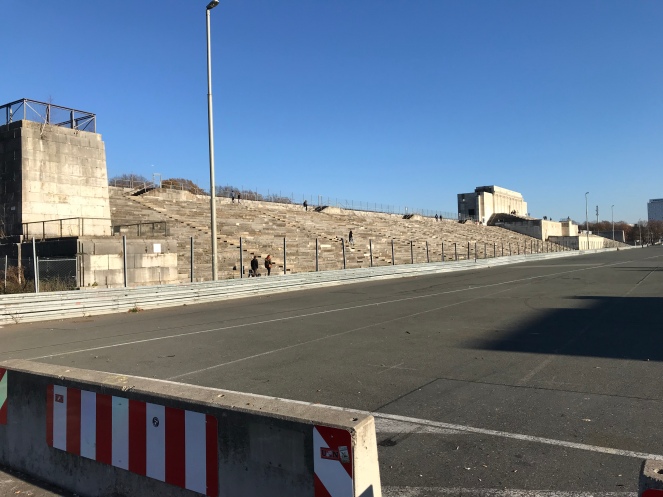 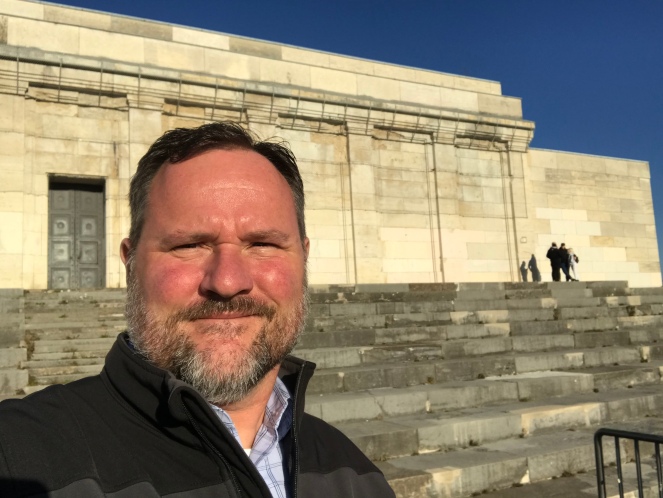 A short walk away from the Dokumentation Center lies the Zeppelin Wiese or Zeppelin field where the massive annual NAZI Congress parades took place. In fact, on the selfie above I stand on the very balcony where Hitler saluted his troops. 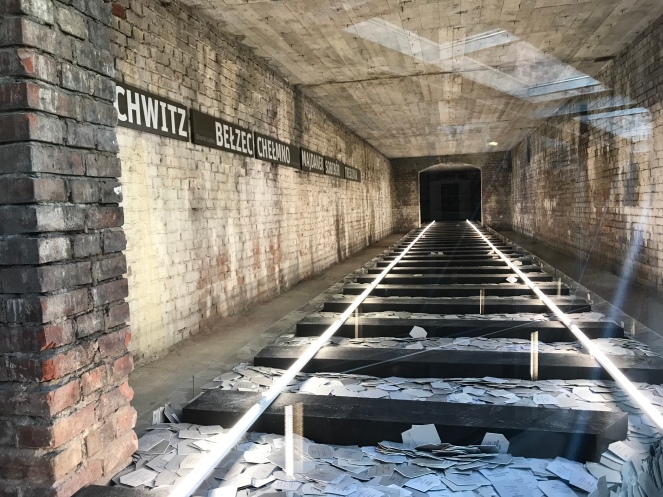 Putting this visit in perspective might be helpful. Upon reflection of what I just saw, two themes stand out.

Firstly, last Sunday, November 11th 2018 marked the 100th anniversary of the Armistice that ended WWI. Being here in person to witness how European countries are coming to terms with the challenges of this war is truly eye-opening for me. It is stil fresh and raw for people and coverage of remembrances are everywhere paired with historical acvounts on how the war came about. It is one big difference to the US where such coverage is almost entirely missing.

Secondly, it serves as a reminder to all that each of us has the power to define the future by standing up firmly against hate and demonization of certain groups of people. In essence, Hitler used a simple playbook – one of division and playing one group of people against another to gain power. He then added what I call “the cult of self aggrandizement” and a cycle of non-stop coverage of him through all mediums for total domination of the airwaves. This created the cover needed pursue his policy of extermination and aggression.

In the image above, you see the recent addition to the exhibit called “the railroad track” commemorating the death of over 6 million Jews, LGBTQ, Gypsy and Roma. Each passport contains the name of one victim standing in for 100 deaths. On the wall you can read the names of the death camps where the majority of the killings took place. 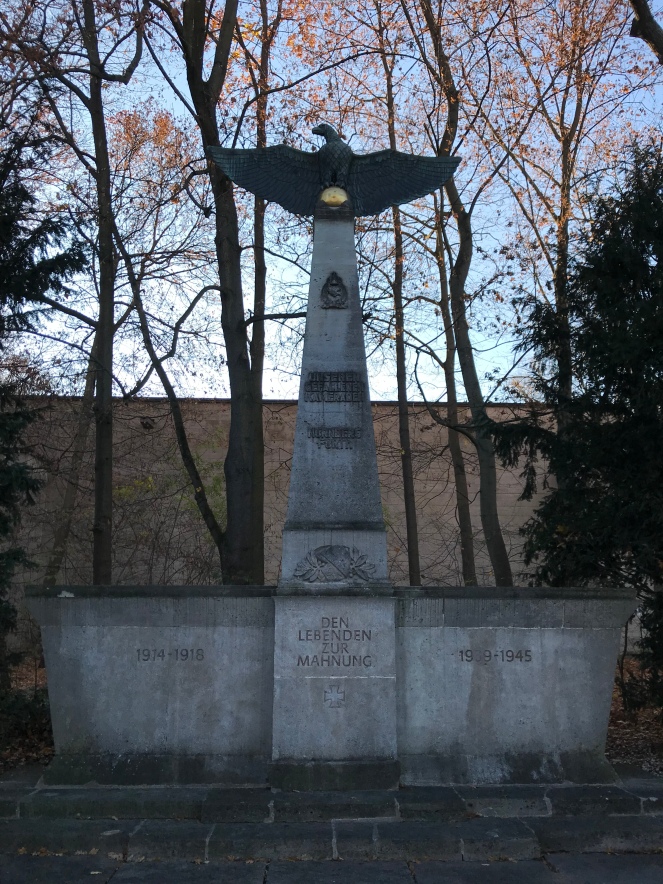 Humbled by the power of this sobering experience I strolled through the grounds past the memorial site of all those that had died.

Reflecting on the day, I couldn’t but be reminded of the parallels of these past few years. The residue and resentment of many from the economic collapse in 2008/9; the ever louder rhetoric of division and the “us versus them mentality” in my chosen homeland (US) as well as in many other places around the globe.